From 6k To 93k Youtube Subscribers In 8 Months: Inside The Evening Standard’s Growth Strategy

At the start of the year, Chris Stone, the Evening Standard’s Executive Producer of Video and Audio challenged his team to grow the newsbrand’s YouTube channel from 6,000 subscribers to 100,000 by October.

8 months later, and the channel is tantalizingly near its goal, with 93,300+ subscriptions, and video views up 5,000%. We caught up with Stone to find out why they turned their attention to YouTube, how they grew subscriptions so rapidly, and what this means for their video strategy in the future.

Prior to January, The Evening Standard’s YouTube channel was “languishing , unloved,” according to Stone. Although it had a respectable 6k followers, its main output had been a limited amount of lifestyle content.

“People were operating under the impression that YouTube was a place for light, fluffy stuff, and underestimating the appetite of a YouTube audience for serious content and breaking news,” he explained.

With some help and advice from the YouTube team, the Evening Standard’s video team began experimenting with the types of video content that would work well. The newsbrand publishes around 60 videos per day on their website, so there was plenty of material to choose from. 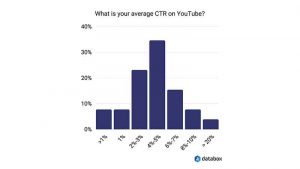