What are UTM Codes?

We tend to take Google Analytics for granted, but did you know it wasn’t originally developed by Google? The core of what Google Analytics is today was developed by a company called Urchin Software. Google does this a lot; rather than developing a product they want to see, they buy a company that did a lot of the work already and brand the product as their own.

Urchin was an analytics company, and they had several products. Aside from the one that became Google Analytics, they also had a unique set of URL parameters that referred data to their software. No, UTM doesn’t stand for Universal Tracking Modules. These parameters were collectively called the Urchin Tracking Modules. Google acquired them back in 2005, rebranded its main analytics as Google Analytics, and kept the tracking modules as an optional tool simply called UTM.

What are they, and how do they work? Well, I guarantee you’ve seen them before. Here’s a real-life example. Moz has a Twitter account, and they frequently link to posts they publish, like this one here:

That Twitter post has a link in it. The link is, of course, filtered through t.co, Twitter’s shortlink service, but the page it actually links to is this:

But that’s the thing – if you click that link and look up at your URL bar, you’ll see something different. You’ll see this:

This URL actually has several elements to it. It has the core URL, and then it has a question mark, and then it has a bunch of extra stuff. Remove that stuff and you still get to the same page. So what is it? Well, if you’re paying attention, you can see that all of those additional bits of information – the URL parameters – are prefaced by UTM. Those are UTM codes.

In this instance, we see three of them: 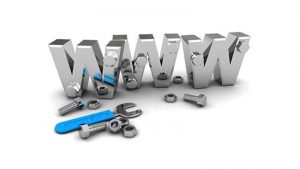 6 Deadly Business Website Problems and How to Fix Them

How to Avoid False Conversions in Google Analytics?

What is Intent Data?

What is the Best Statistical Analysis Software?

What is Google Lighthouse?